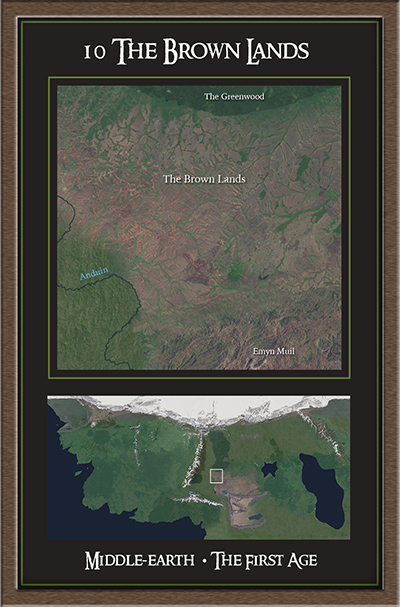 The Brown Lands were a region to the south of the Greenwood  and east of Anduin, where the Entwives made their gardens. In The First Age they would have been tended in peace, but in later years they were destroyed by Sauron to slow down the advance of the Last Alliance from the north.

Treebeard and the Ents crossed the Anduin in search of them, but the Entwives were lost.