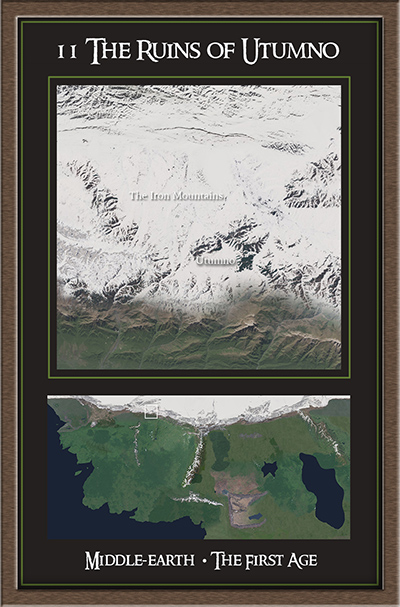 11 THE RUINS OF UTUMNO

Utumno was the original and greatest stronghold of Melkor in Middle-earth. It was built when Melkor first came to Arda and he drew with him many spirits that would become his followers. He dwelt there for thousands of years and it was from there that he launched his attack that destroyed the Two Lamps that lit the world before the time of the Trees.

With the awakening of the Elves, the Valar resolved to free Middle-earth of Melkor’s dominance and waged a war against him that laid waste to Utumno, and Melkor was chained and dragged to Valinor where he was imprisoned for three ages of the world.

Sauron escaped the destruction on Utumno and fled to Angband which he held until Melkor returned.