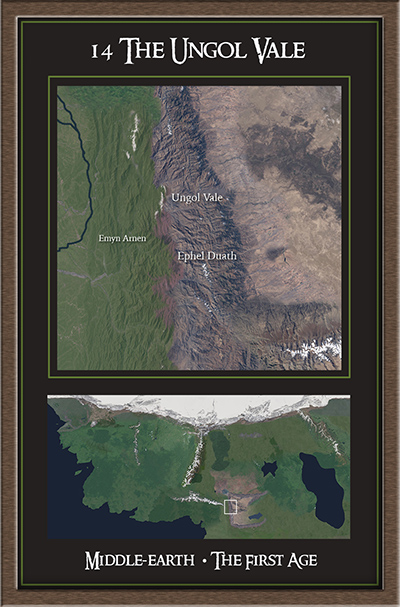 When Ungoliant came to Middle-earth at the start of The First Age her spawn occupied the Ered Gorgoroth to the north of Doriath, but at some stage, some of them also had the journey to this dark valley in the Ephel Dúath.

In the Second Age, after the destruction of Numenor, Isildur built the city of Minas Ithil in the entrance to the Vale, but it was besieged and taken by the Nazgul in the Third Age. During this time, the spawn of Ungoliant continued to occupy the upper reaches of the valley.