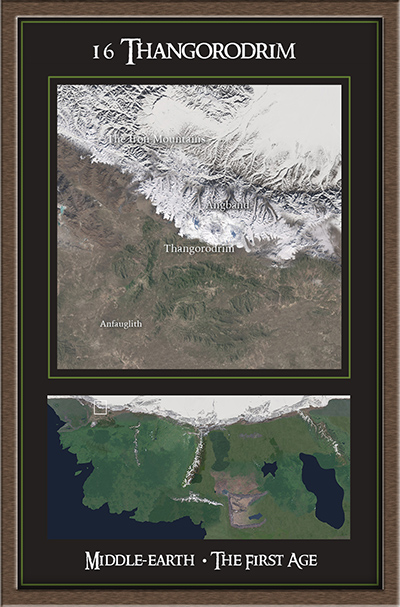 Thangorodrim was a group of three peaks in the Iron Mountains. They were created by Morgoth and were the highest peaks in Middle-earth. They stood at the entry point into Angband which stretched away to the north beneath them. It was said that the mountains were constructed from the slag and debris created by the delving of Angband.

Morgoth used the mountains to imprison some of his fiercest enemies. Maedhros was bound to a sheer precipice by a band of iron, and Húrin was forced to sit in a seat high on Thangorodrim where he could watch that woes that befell his family.