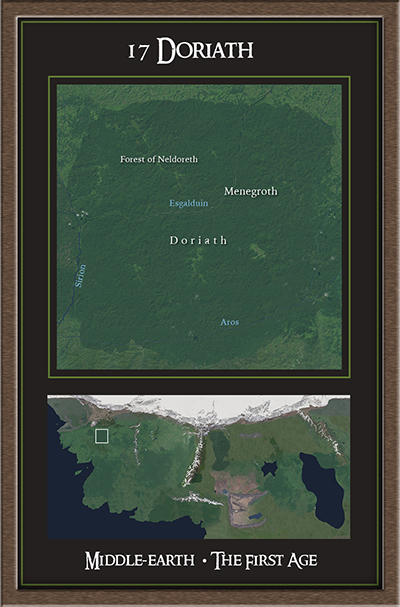 Doriath was a collection of forests growing around the Sirion and its tributaries. It was the home of Thingol, the King of the Sindar, and Melian the Maia, his wife.  It’s main city was Menegroth, the Thousand Caves.

It was an enchanted realm protected by Melian’s powers and when the race of Men entered Beleriand they were not allowed to enter Doriath.

In later years however, Beren arrived in the forest of Neldoreth after escaping from Morgoth’s servants and met Luthien, Thingol’s daughter. Together they set off in pursuit of a Silmaril, and set in motion the events that ultimately doomed Doriath.