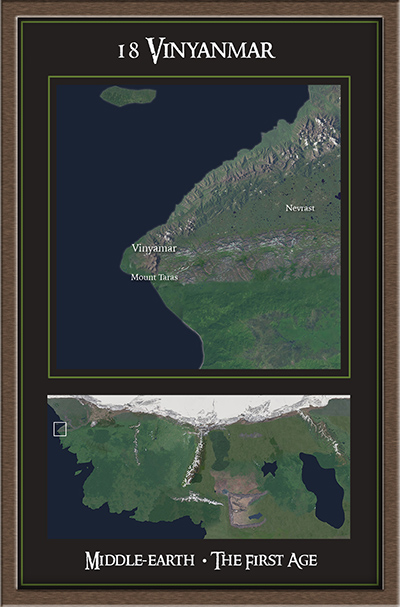 Vinyamar was a settlement of the Noldor on the slopes of Mount Taras in the region of Nevrast. Turgon dwelt there in the early years of the First Age before he began to move his people to Gondolin.

In later years, Tuor arrived at Vinyamar and found the armour that Turgon had left there. He also met Voronwë of Gondolin who agreed to lead Tuor to the Hidden City.