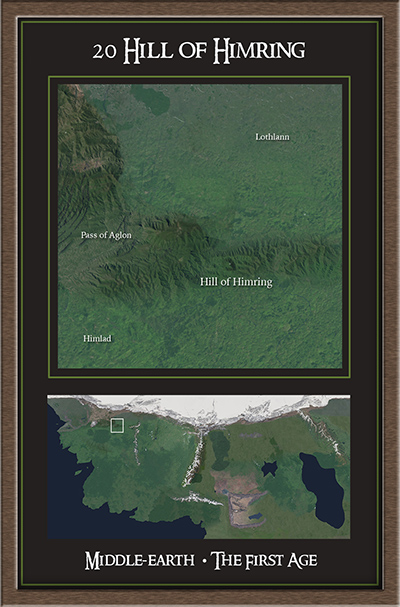 The Hill of Himring was located in the north east of Beleriand. When the sons of Fëanor returned to Middle-earth, Maedhros, the eldest, built a fortress on top of the hill.

On several occasions during the First Age the region came under attack but the forces of Morgoth were beaten back.

The fortress was deserted after Nirnaeth Arnoediad as the sons of Fëanor fled south.

After the War of Wrath that ruined Beleriand, the Hill of Himring became one of the few regions to remain above the sea.