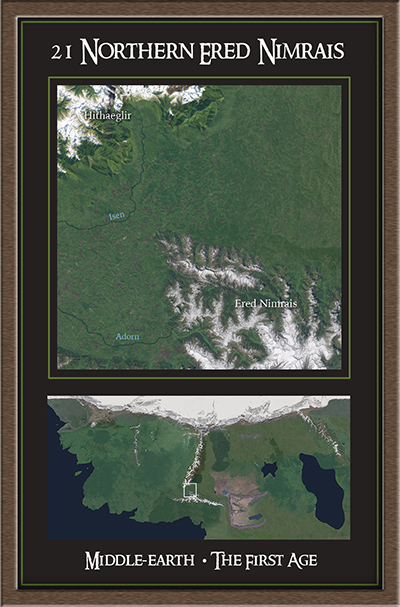 In the First Age this a sparsely populated area between the great range of the Hithaeglir and the Ered Nimrais. By the time of the Third Age however it is the scene of one of the pivotal power struggles that will shape Middle-earth.

At the south end of the Hithaeglir is a value that is fed by the river Isen. The valley will become known as Nan Curunír, the wizard’s vale, and at its center will be Isengard, the Numernorean citadel that is the home of Saruman.

In one of the northern enclaves of the Ered Nimrais, the fortress of Helm’s Deep will be built by the people of Rohan, and the narrow space between the mountain ranges will become known as the Gap of Rohan.