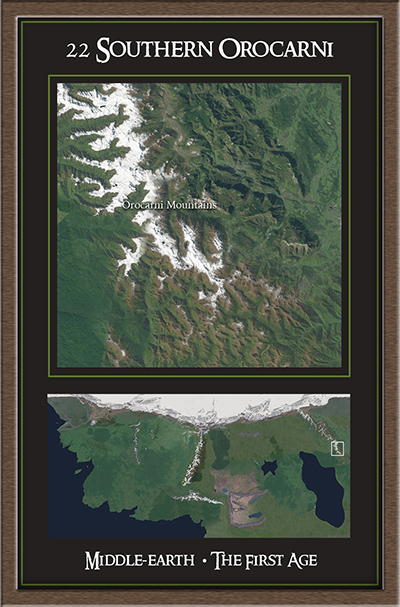 The Orocarni Mountains are a vast range running broadly from north to south in the far east of Middle-earth. They were also known as The Red Mountains.

In the Elder Days, the waters flowed down from the Southern Orocarni to the inland Sea of Helcar, and it was here, in the Bay of Cuiviénen that the Elves first awoke.

In later years, the Orocarni became the home to a number of dwarf clans, though their histories and tales are not documented.