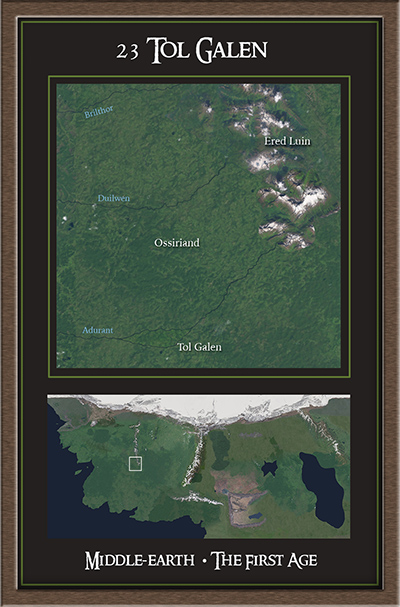 Tol Galen , The Green Isle, was an island in the River Adurant in southern Ossiriand. After Beren was allowed to return to life, he and Luthien lived on the isle, and their son Dior was born there.

After the death of Thingol at the hands of the dwarves, Beren and the grey elves waylaid them on their return to the Ered Luin and killed them, and took back the Silmaril which they had taken.

The jewel on the brow of Luthien made Tol Galen reminiscent of Valinor in the time of the Trees, and it was the most beautiful place in Middle-earth.