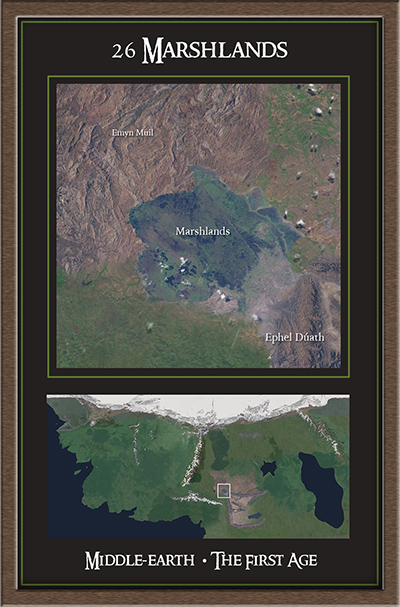 Between the hills of the Emyn Muil and the northern marches of Mordor lies a marshy plain that in later years will be known as The Dead Marshes.

In the Second Age, the battle between the Last Alliance and the forces of Sauron would be fought on Dagorlad, the battle plain just to the east of the marshlands, and many of the bodies on the fallen found their way into the marshes, and so they acquired their name.