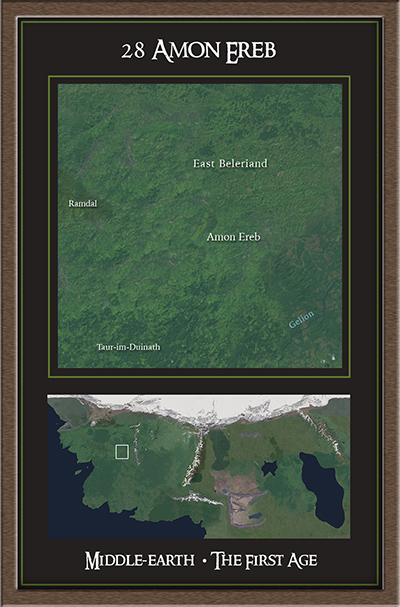 Amon Ereb was a low hill that provided a great vantage point for a large area of eastern Beleriand. It was strategically located at the end of the Andram hills, bit also within site of the River Gelion to the east.

In the first Battle of Beleriand, Denethor, the leader of the Nandor elves was killed at Amon Ereb. Later in the First Age, the sons of Fëanor fortified the hill and Caranthir fled there after the Nirnaeth Arnoediad.