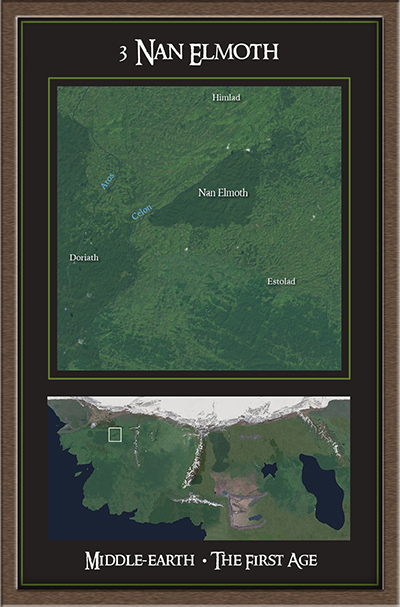 Nan Elmoth was a forest to the east of Doriath in Beleriand. It was here that Thingol met Melian for the first time, and where they stayed still for many years while the forest grew around them.

In later years the forest was largely uninhabited, with the exception of Eöl, who was the husband of Aredhel of Gondolin and Maeglin their son.

Nan Elmoth was considered to be a part of the kingdom of Doriath, and Eöl was permitted to live there on the basis of a tribute to Thingol.