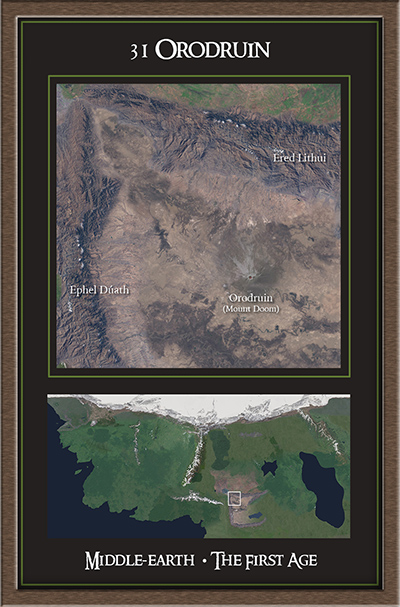 Orodruin, or Mount Doom, was a volcano in the north west of Mordor. It does not appear in the stories of the First Age, but has huge significance in later years.

It was here in the Second Age that Sauron forged the One Ring, which he hoped would give him dominion over all others. After the Fall of Númenor, the Elves and Men formed a Last Alliance that challenged Sauron and the One Ring was cut from his hand by Isildur on the slopes of Orodruin.

In the Third Age, Frodo Baggins and Sam Gamgee journeyed to Mount Doom in a bid to destroy the Ring.