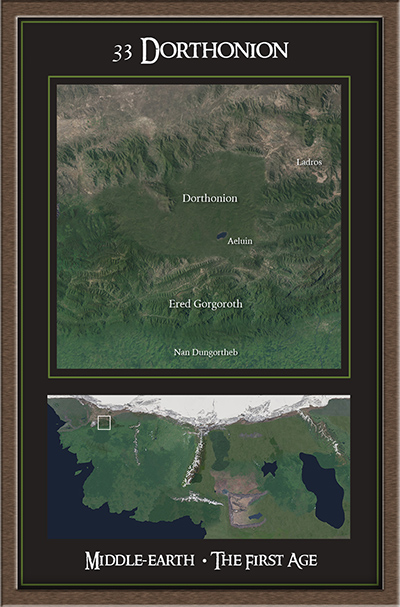 The highlands of Dorthonion stood between the northern reaches of the Ered Gorgoroth and the great plain of Ard Galen (later Anfauglith).

After the arrival of the Noldor, Angrod and Aegnor, the sons of Finarfin, were given permission to dwell there by Thingol.

After the Dagor Bragollach had driven out the Elves, it was occupied by the outlaws of Barahir, father of Beren, who launched his raids on Morgoth’s forces from Dorthonion.