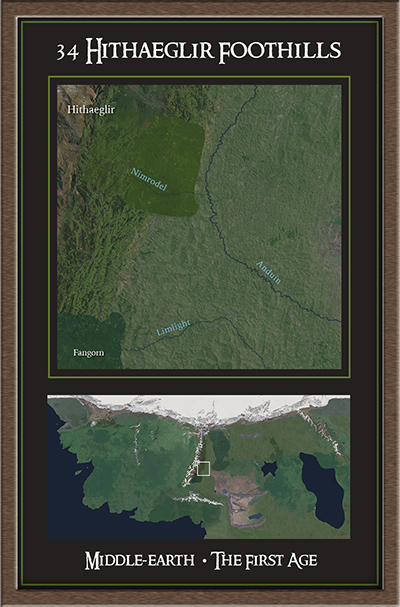 The south-eastern foothills of the Hithaeglir (The Misty Mountains) had a number of streams and rivers that fed down to Anduin. One of these rivers was later known as Nimrodel, after an elf-maiden who lived in Lothlorien which was the forest region in the area.

Further to the south, the River Limlight left the mountains through the Forest of Fangorn, before it too fed into Anduin.