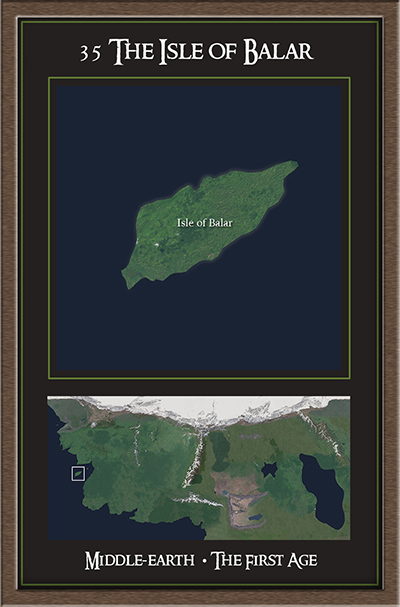 35 THE ISLE OF BALAR

The Isle of Balar was thought to be the eastern tip of Tol Eressëawhich broke off from the main part of the island when Ulmo uprooted it to take the Elves to Aman.

It was an offshore haven from the forces of Morgoth, which made no attempt to reach the island after the falling of the Falas.

Turgon, the King of Gondolin, instructed some of his people to go to the Isle and build ships that would sail into the west, seeking aid from the Valar for the plight of the Elves, but none of those missions was successful.