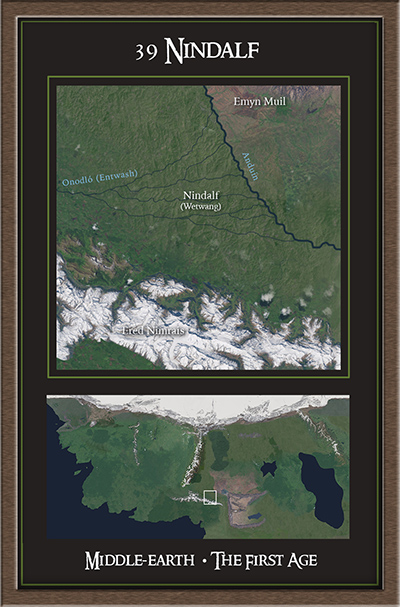 Nindalf, or Wetwang, was a marshland on either side of the Anduin, shortly after it emerged from the Falls of Rauros. It was formed in part by the flood plain from the River Onodló (Entwash) as it split into many tributaries of the Anduin.

Although it was the border of the Kingdom of Rohan in later years, the region was sparsely populated and known to be treacherous for travellers due to its frequent flooding.