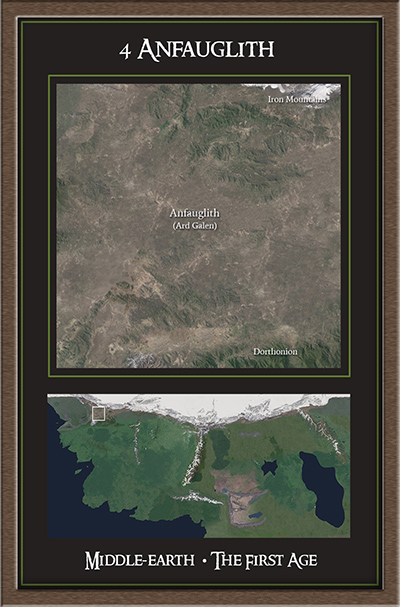 Anfauglith, or “the gasping dust” was a large plain that lay before the gates of Angband. Originally it was the green plain of Ard Galen, but it was scorched during Dagor Bragollach, the Battle of Sudden Flame.

After the Nirnaeth Arnoediad, The Battle of Unnumbered Tears, Morgoth’s orcs piled the bodies of their dead foes in a large mound called Haudh-en-Ndengin, or the Hill of the Slain. In later years this mound was the only part of Anfauglith where grass grew.

Shortly before the ruin of Beleriand, Morgoth assembled all of his forces on Anfauglith to meet the hosts of the West in the War of Wrath.