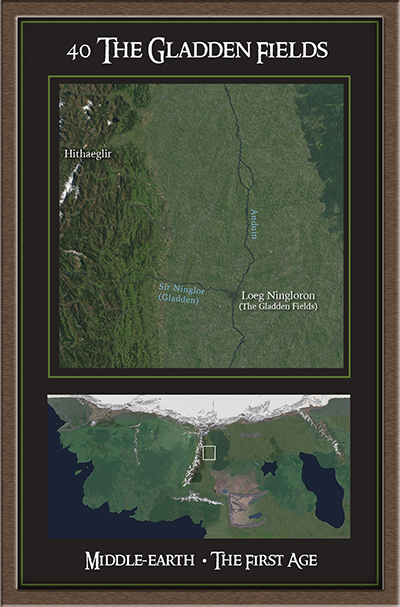 The Gladden River flowed down from the eastern slopes of the Misty Mountains and into Anduin, The Great River. It was a sparsely populated region, but it’s location along the river made it a common route for travellers.

After the Last Alliance of Elves and Men and the defeat of Sauron, Isildur, the King of Gondor was travelling north when he and his followers were attacked by orcs near the Gladden River. Isildur was killed and the One Ring was lost in the river.