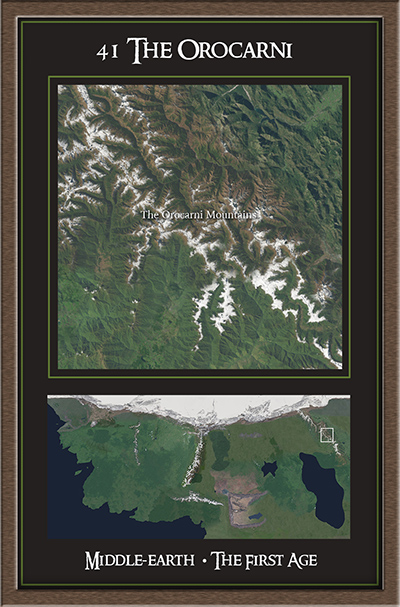 The Orocarni were one of the great mountain ranges in Middle-earth, and one of the three ranges to run from north to south. At their northern end they merged with the Iron Mountains and at the southern end their foothills ran down to the Sea of Helcar and the Bay of Cuiviénen.

The range was the home to dwarf clans, though their tales do not form part of the well-known stories of Middle-earth.