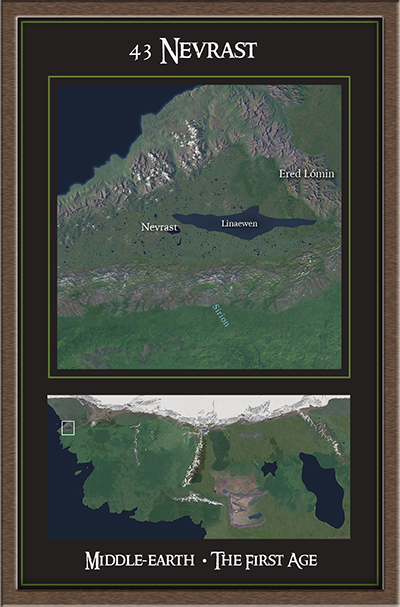 Nevrast was a coastal region in the far west of Beleriand. It was surrounded by mountains on all sides, with the swampy lake of Linaewen occupying much of its interior.

The only large settlement in Nevrast was Vinyamar in the far west which was occupied by Turgon for over 100 years before he moved his people to Gondolin.