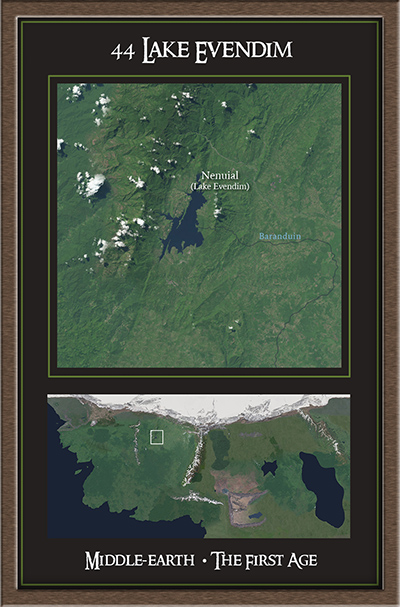 Evendim (Aduial) was a region in northern Eriador, to the east of the Ered Luin. It was dominated by Lake Evendim, which occupied much of the area.

In the late years of the Second Age, the city of Annúminas was founded on the southern banks of the lake by Elendil, and it became the capital of Arnor until it was moved to Fornost when the numbers of the Dúnedain began to dwindle.