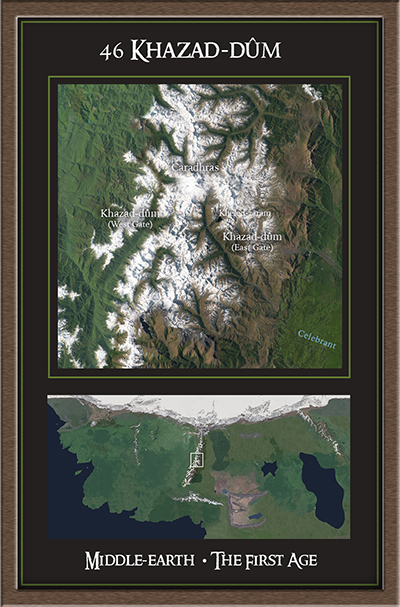 Khazad-dûm was the greatest dwarf realm in Middle-earth and has built under the Hithaeglir mountains. It was founded by Durin in the Elder days, and was already large and well-known by the start of the First Age.

Following the Ruin of Beleriand, many dwarves fled to Khazad-dûm from the destruction to Belegost and Nogrod in the Ered Luin, so the population and prosperity continued to grow.

Late in the Third Age, the dwarves awoke a Balrog that had escaped to the roots of the Misty Mountains from Morgoth’s destruction. Durin VI and his son were both killed by the Balrog, and the dwarves fled. It then became known as Moria, the Black Pit.