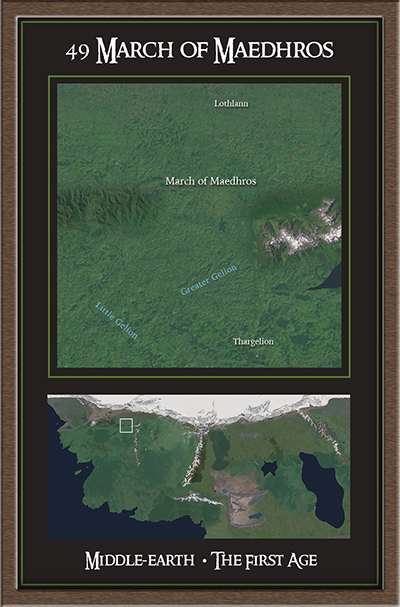 The March of Maedhros was an area in north-eastern Beleriand between Dorthonion and the Ered Luin. It was a strategically important area as it was the most direct route into eastern Beleriand for Morgoth’s forces.

It was guarded for a time by the people of Maedhros, the eldest son of Fëanor. It’s chief citadel was on top of the Hill of Himring, from where a large area could be watched. It was overrun and deserted after Nirnaeth Arnoediad.