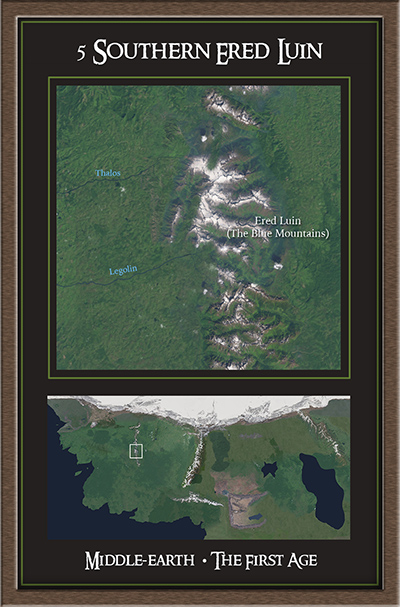 The Ered Luin, or Blue Mountains, formed a natural barrier between Beleriand and the long leagues of Eriador and the east of Middle-earth.

On the western side at their southern end was Ossiriand, the land of many rivers. It was populated by Green Elves under the leadership of Denethor

After the Nirnaeth Arnoediad, The Battle of Unnumbered Tears, the forces of the Noldor were vanquished, and some of the sons of Fëanor fled to the region.

After the War of Wrath and the ruin of Beleriand, some of Ossiriand remained, though the Gulf of Lindon forced its way between the mountains.