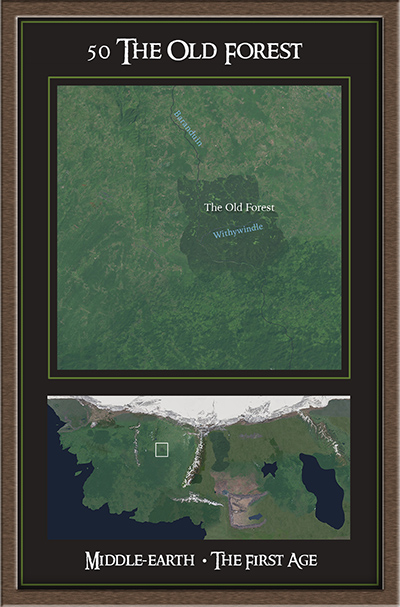 The Old Forest was part of an even larger forest that once covered most of Eriador.  It straddled the Baranduin (Brandywine) river which ran from Lake Evendim to the sea.

At the south-eastern corner of the forest was the house of  Iarwain Ben-adar, who in later years was known as Tom Bombadil by the hobbits of The Shire which was just to the west of the forest.