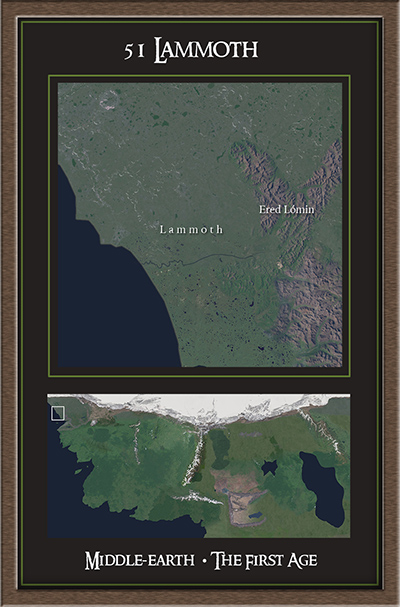 Lammoth was a coastal region in the north-west of Beleriand. It was here that Morgoth and Ungoliant fled after poisoning the Trees and stealing the Silmarils.

Ungoliant tried to take the Silmarils from Morgoth and in their contest, Morgoth was being strangled so cried out for help, and so the land became known as the Great Echo.

His plea was heard by his Balrogs who descended from Angband and drove off Ungoliant and freed their master.