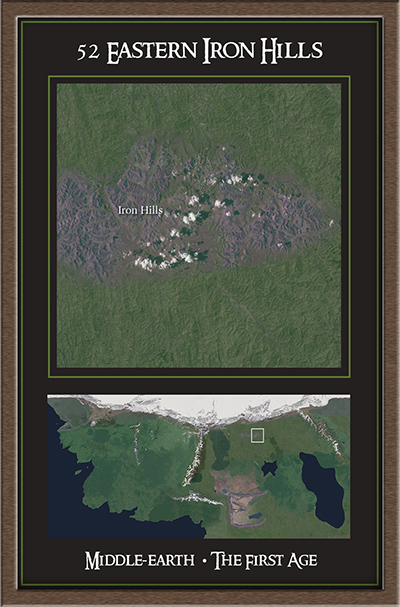 The Iron Hills was a large range of low-lying hills in the east of Middle-earth. In the First Age, dwarves from Khazad-dûm migrated there, and despite its lack of wealth compared to Khazad-dûm, it became a haven for dwarves as they fled there after Durin’s Bane was disturbed in the Third Age.

After Erebor was established in the Lonely Mountain, the dwarves of the Iron Hills retained a closer relationship with their kin and came to their aid when they took back the Mountain from Smaug the dragon.