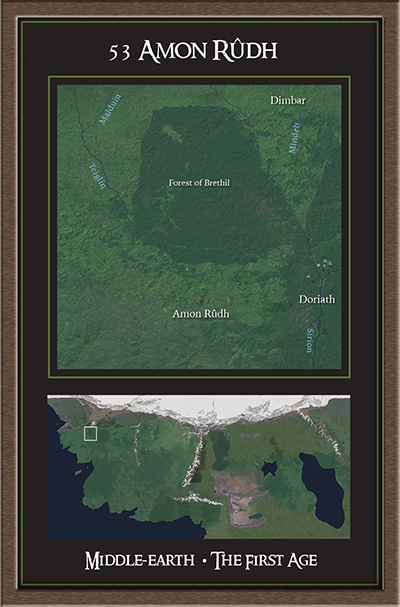 Amon Rûdh was a tall and solitary hill to the south of the Forest of Brethil. It was the base of operations for Túrin Turambar, Beleg Strongbow and their band of outlaws, and the area was known as the Land of Bow and Helm.

Originally the hill had been used by petty dwarves, and it had many caves where the outlaws could hide. Eventually the location was discovered by Morgoth’s spies and the outlaws were killed, and Túrin was captured and taken away to the north.