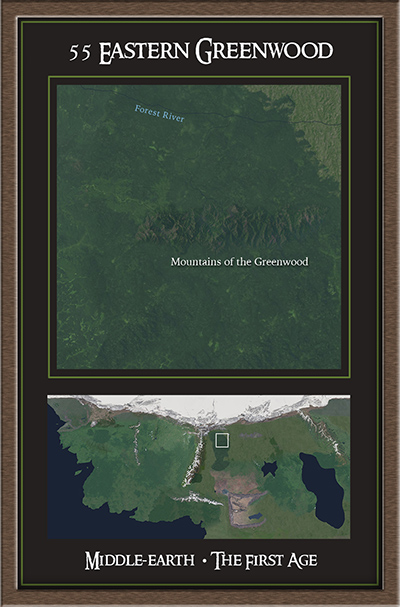 The east of the Greenwood (Mirkwood in later years) was dominated by a range of mountains that was surrounded by the forest. They were located to the north of the road through the forest and to the south of the caves which formed the realm of the woodland elves under Thranduil.

The mountains were also known as Emyn Duir, the Dark Mountains, but this was because of the dense forest rather than anything to do with the evil at Dol Guldur that was to the south.