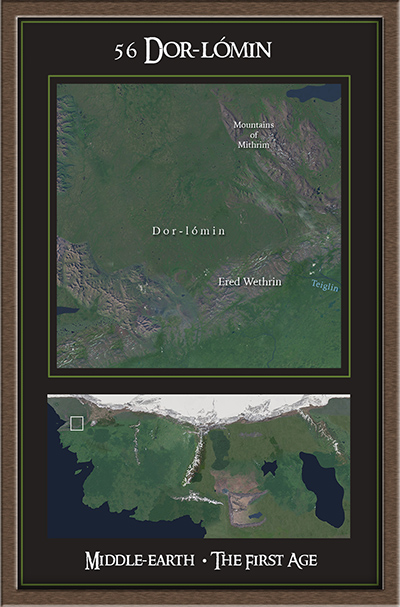 Dor-lómin was a region in south-western Hithlum that was populated by the Noldor on their return to Middle-earth. When the Edain crossed into Beleriand the House of Marach joined Fingolfin and dwelt in Dor-lómin.

Húrin was the Lord of Dor-lómin at the time of the Nirnaeth Arnoediad where the forces of the Noldor were defeated and Hithlum was overrun. Dor-lómin was later occupied by swarthy men of the East who were loyal to Morgoth.