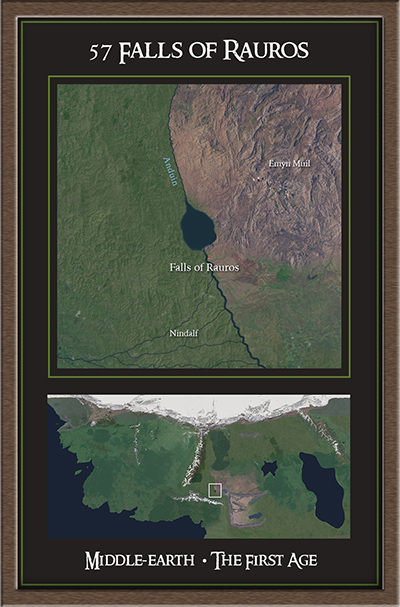 57 THE FALLS OF RAUROS

The Falls of Rauros was a great waterfall in the southern course of the Anduin. It lay at the end of Nen Hithoel, which was a large lake that was formed by Anduin at the foot of the Emyn Muil.

On the western bank of the river the hill of Amon Hen provided a vantage point that was created by the Kings of Gondor in later years.

In the War of the Ring, Boromir was laid to rest and set sail to pass over the Falls.