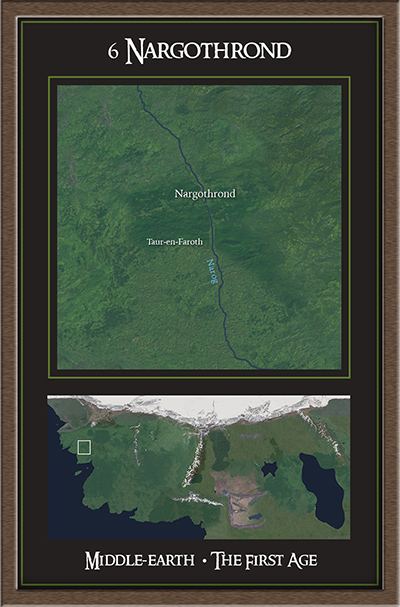 Nargothrond was a series of caves and caverns on the western bank of the River Narog. It was fortified by Finrond Felagund, the elder brother or Galadriel, and son of Finarfin. It became one of the strongholds of the Noldor in Beleriand.

Following Finrod’s departure with Beren, it was ruled by his brother Orodreth, with increasing influence from Celegorm and Curufin, the sons of Fëanor.

Túrin Turambar later came to Nargothrond and pressed for the building of a bridge across the Narog so that they could more openly attack Morgoth’s forces. This turned out to be a disastrous decision as the dragon Glaurung was able to cross the bridge and Nargothrond was sacked.