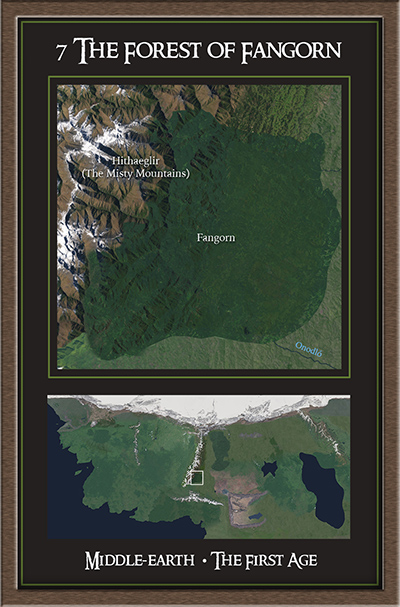 7  THE FOREST OF FANGORN

Fangorn Forest was the easternmost survivor of a vast forest that covered Eriador in the Eldar Days. It was the home to Ents which were among the oldest creatures in Middle-earth.

Much of the larger forest disappeared during the First and Second Ages, and Fangorn became increasingly isolated, though it did have a near neighbour in the forest of Lórien.

During the Third Age, the Forest and its inhabitants played a pivotal role in The War of the Ring as the Ents rose up to defeat Saruman and help thwart his forces that had attacked Rohan at Helm’s Deep.