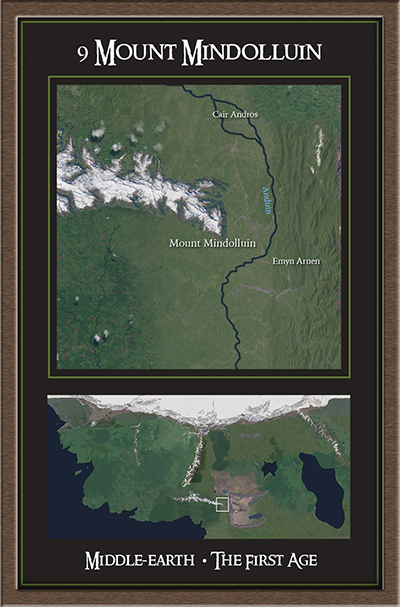 Mount Mindolluin stood at the easternmost edge of the Ered Nimrais, The White Mountains. It looked out over the Anduin as it flowed from Cair Andros in the north to its delta where it reached the sea.

In the Third Age, the Gondor city of Minas Tirith was built against its slopes, looking out at the Ephel Dúath which shielded Gondor from Mordor.

After the coronation of King Elessar, he climbed up the slopes of Mindolluin with Gandalf and found a sapling of a tree of the line of Nimloth and took it back to the citadel as a sign of rebirth.