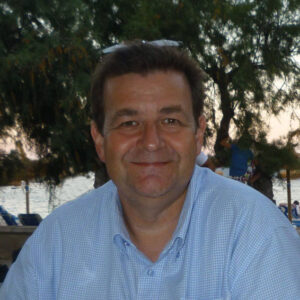 I was once told at an interview over 25 years ago, that the company I was looking to join was “looking for athletes, not quarterbacks”. I didn’t know it at the time, but I’m an athlete, not a quarterback. It definitely doesn’t mean that I can run around a lot, it just means I’m quite versatile.

I suppose if you were a little more critical, you’d call me a jack of all trades, and I’d be happy to accept the moniker because that’s pretty much how I see myself. I’m a software developer, artist, tech nerd, innovator, entrepreneur, IT consultant, guitarist and sports junkie rolled into one.

Now of course, the common corollary to jack of all trades, is “master of none”. I’m less happy with that part, but surely there have to a be a few jacks out there who’ve mastered a few trades? I’d like to think I’m among them.

I was born in the mining community of South Wales in the 60’s and I’ve lived in Wales for most of my life, with the exception of 8 years in Hampshire and the best part of a year in Toronto.

Part of my time is also spent creating LifeStories, which I do on a commission basis. I am also the artist-curator for the Funjees website.

I also write code for my own benefit and several of the apps that I’ve developed for myself have morphed into some of the art projects you see here. In particular, a few years ago, and I decided to create an iPhone app that would allow people to see the real world as if it were Middle-earth, a kind of augmented-fantasy app. It was called NerdNav (for reasons I won’t bore you with) and I had it on the app store for a year or so.

In building it I spent a lot of time looking at the relative locations of places in Middle-earth. I brought together the maps of The Silmarillion and The Lord of the Rings and used them as an overlay on Google Earth to get coordinates for all of the locations.

While I was looking at Google Earth, it occurred to me that it would be great if there was another app that would allow you to navigate Middle-earth in much the same way, zooming in and scrolling around. So I built a second app called The First Age for which I created the master artwork that the NFTs here are based on. The First Age was on the app store for a couple of years before I finally retired it.

I’ve also had a life-long interest in Guitars and Solar Astronomy so I’ve included pages on each of those activities.