I’ve just finished adding the first three in a series of video NFTs to Foundation. The series is titled “If Gandalf had tech” and is intended to be a quirky, occasionally humorous look at what Gandalf would have done in certain situations in The Lord of the Rings and The Hobbit, if he had modern technology at his disposal.

Here’s a quick summary of the first three: 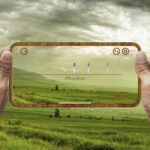 Gandalf is leaving Rivendell and Frodo asks him whether Mordor is left or right. Gandalf uses a direction finding device to determine that Mordor is to the left.

This video is based on a real app that I developed a few years ago. I simply recorded the screen and edited the video in Final Cut Pro (FCP). 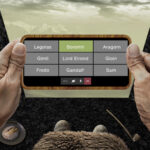 The Council of Elrond is taking place, but in this version Gandalf doesn’t bother to escape from Orthanc, he simply remotes into a Teams/Zoom style meeting.

This one was done entirely in FCP and Photoshop. 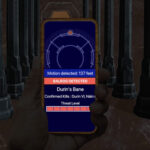 Gandalf is in Moria when the Fellowship hears drum beats from the deep. Gandalf uses his motion detector to sense the approaching Balrog.

I created an app for this one as I thought it was the best way of doing the motion sensor effect. I then recorded the screen and edited in FCP.